» Nokian Tires Community » Blog
Writer Nokian Tyres Contributor
Published 06.07.20
Categories Blog
Latest articles What sets our tires apart? We asked our product expert It's Back-to-School Time! Here Are Tire Safety Tips for the Daily Commute Did you know you could save half a gallon per fill-up with the right tires and driving style? A marriage proposal made possible by Nokian Tyres products Nokian Tyres Presents the Ultimate Remote Road Trip

Professional snowboarder Austin Smith had the ultimate road trip machine to take to the slopes. Then he tore it all down and made it even better. Here's how.

From Fire Truck to Camper...and Back Again

A few years ago, Austin was looking for an innovative new way to travel to the slopes he loves. He overhauled a 1953 fire truck that had been purchased on Ebay for $5,000 and sat vacant for several years, converting it into a camper he could take on long road trips to slopes across the continent.

The original fire truck was built in 1953 for use in Wyocena, Wisconsin. For years, it sat largely neglected on his parents' property until Austin, a successful snowboarer, decided to turn it into a tiny home that would give him a convenient way to travel from slope to slope. 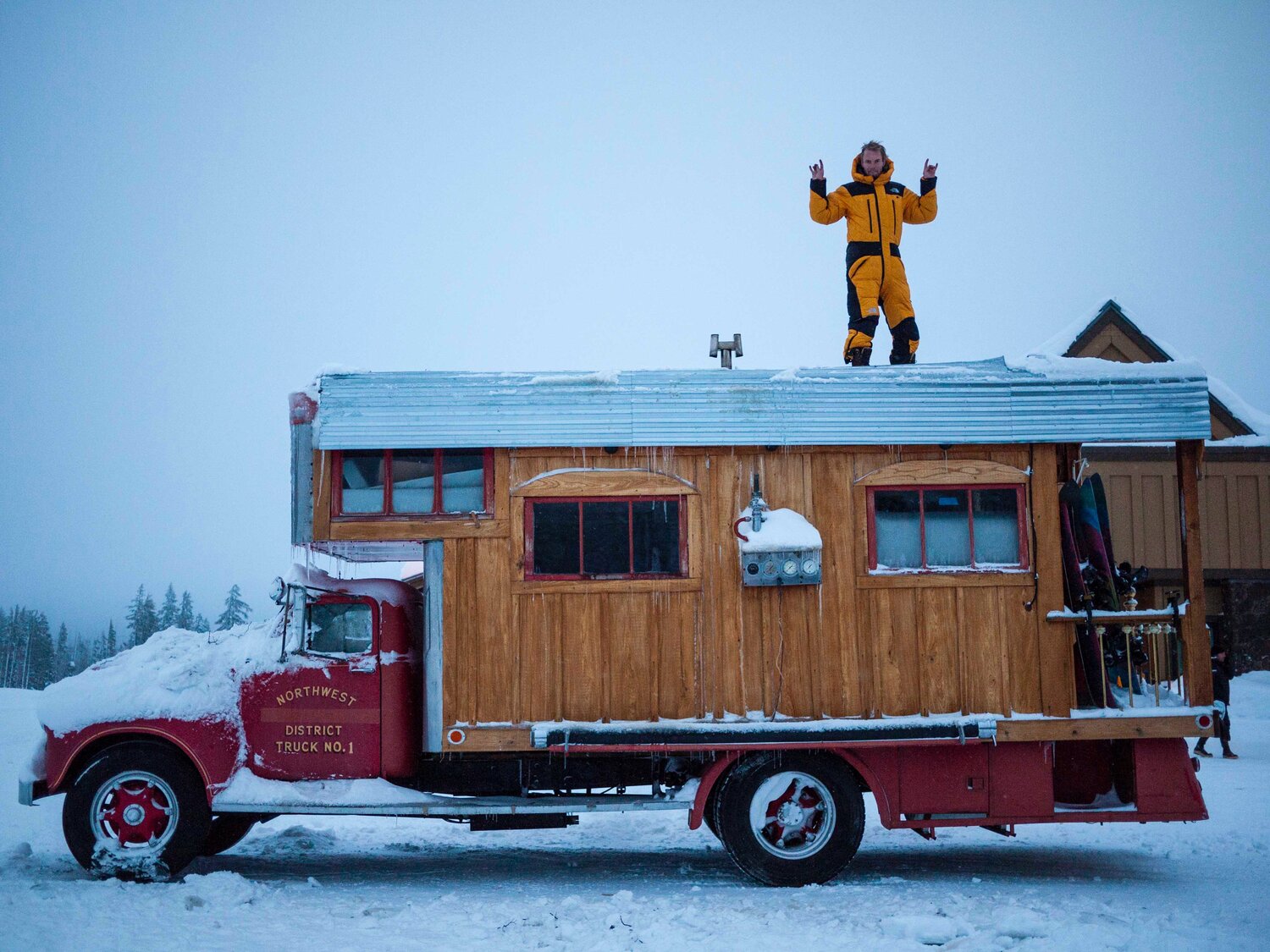 Initially, his goal was for the camper to be reliable enough to make the trip to Mt. Bachelor and back -- 20 miles each way. But then, he got more ambitious: What if he could get all the way to Alaska? He succeeded! But right around hour 50 of his journey, he realized the truck was too heavy. It was time for a rebuild.

Here's What Austin Did Next

To build on the high-tech home he built for himself, Austin had to restart -- pretty much from scratch. The result: The world's first soft-shell truck camper (that we know of).

Here's a behind-the-scenes look at his overhaul:

Austin got rid of the heavy camper and started over with softer material. The new, sustainable shell is made from the same material as North Face duffel bags. The fabric is waterproof and durable, It's seamlessly welded along the turtle-shell framing, which provides strength and durability. 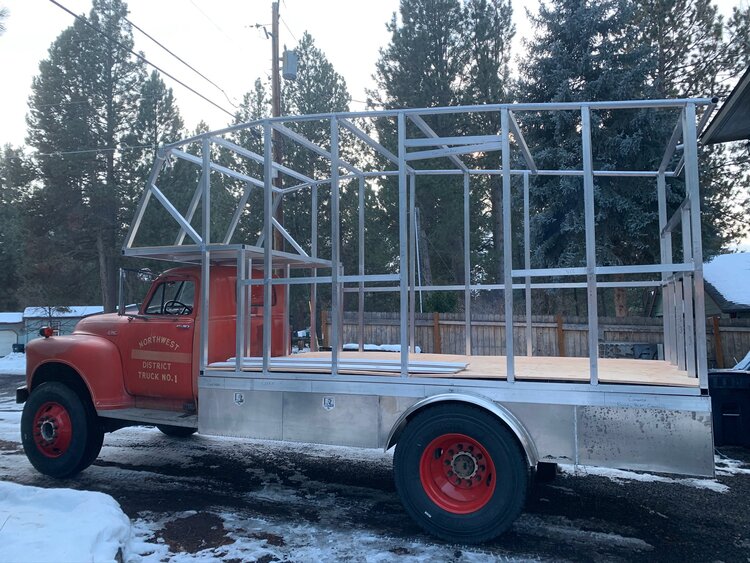 Polyiso insulation keeps things quiet and warm on long, cold journeys, strengthened by a layer of Reflectix that serves as a vapor barrier. In another nod to sustainability, Austin installed 10 100-watt solar panels on the roof to keep things powered while he camps in cold parking lots next to the slopes. 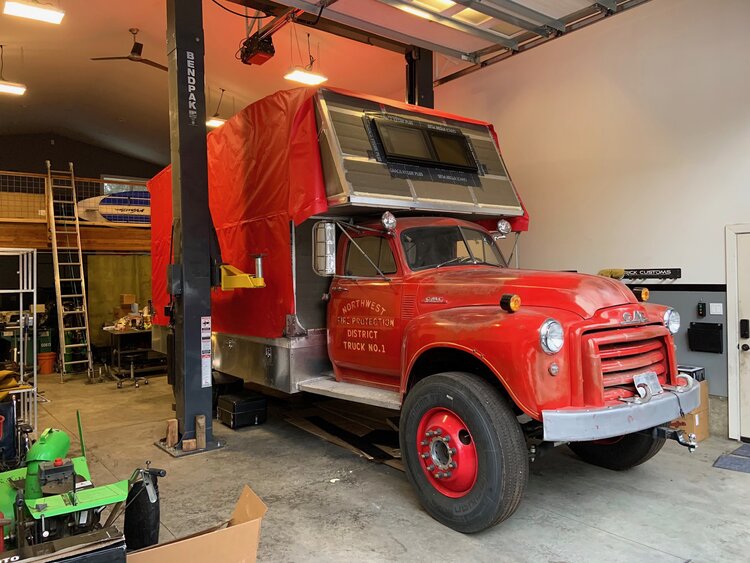 All that solar power feeds two massive batteries -- a Goal Zero Yeti 1400 that fuels the heater and lights, and a Yeti 3000 for the refrigerator, cooktop, electronics and more. 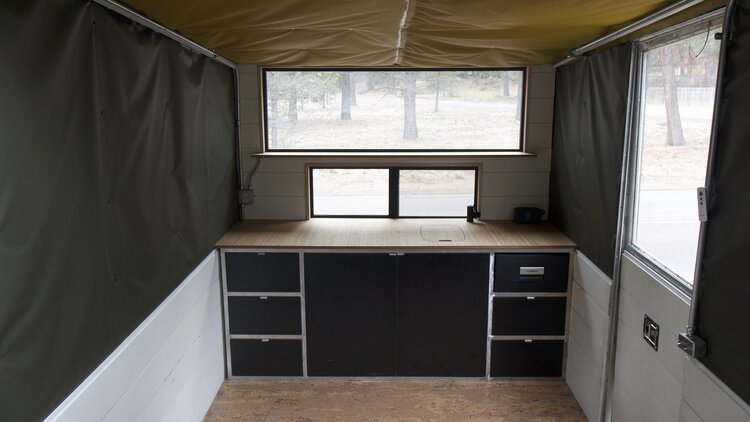 If Austin wants to get even warmer, no problem! He built a mobile sauna out of an old U-Haul. Foam insulation and Reflectix surround cedar wainscotting that keeps in the heat but is only 1/8 of an inch thick -- so it's light, too. Add a 450-pound sauna stove he bought off Craigslist, and Austin was able to finish off a little piece of Finland to tow behind his camper. 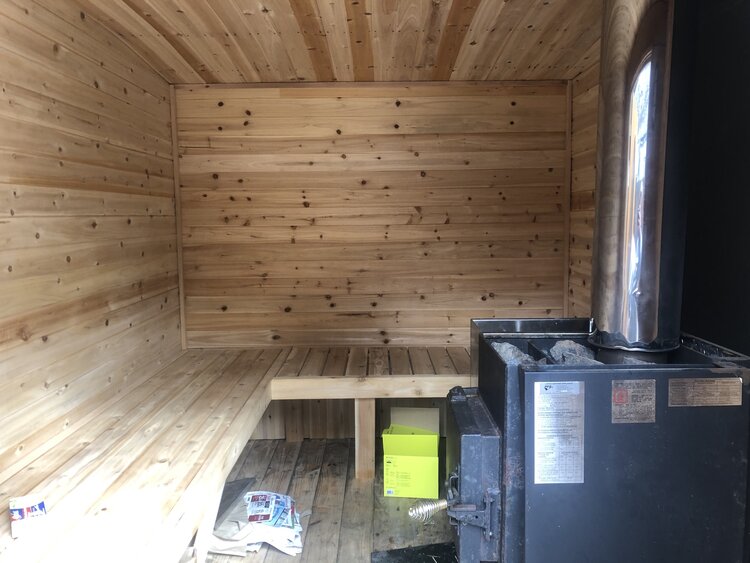 Overhauls to the axles, suspension, radiator, engine and gas tank equipped him to power through long stretches of barren roadway, as did the Nokian Tyres products he put on the truck and the sauna trailer.

Now, Austin is set to tackle even the most demanding road trips in his state-of-the-art home on wheels -- this time with a lighter, more agile setup that enabled him to journey more flexibly. Check out the new features in the pictures below!

Here's a link to his favorite road trip in the camper. Add your own road trips by July 30 for a chance to win a set of tires!

The new Nokian Hakkapeliitta 9 studded winter tire adapts to all forms of winter in a skilful and balanced manner. The unique, patented Nokian Tyres Functional Stud Concept is at the heart of the new product.

The versatile Nokian WR G4 optimally combines high-performance, all-season handling and reliable winter grip to make it a true all-weather tire. Nokian Tyres’ fourth generation all-weather tire builds on the uncompromising performance of its predecessors with new innovations ensuring performance in snow storms, heavy rain or sun-scorched asphalt you can forget the forecast regardless of the season.